The first quarter of 2022 shows a post-pandemic recovery in terms of passenger and freight transport
Palma, 11/05/2022
Environment and CSRPort-cityTechnology and innovationTransport and infrastructureSocio-economic development

The president of the Balearic Islands Port Authority (APB), Francesc Antich, presented the economic state of the organisation today at a press conference with regard to the figures of the 2021 report, which recorded income of around 85 million euros and expenses of 56 million euros, resulting in a positive margin of 28.8 million euros for the port authority.

From 2019, one of the busiest years for the ports in history, we can see that income amounted to 89 million euros and expenditure to 62 million euros. In contrast, in 2020, at the height of the pandemic, income fell to 66.7 million and expenditure remained at 54.8 million. All signs point to a recovery, though not yet fully achieved, of pre-pandemic activity.

In terms of figures by lines of business, the outstanding nature of the ports of general interest of the Balearic Islands in the port system is evident, with shipping representing 69% of income (58.1 million), followed by 12% of general merchandise (10.1 million) and 7% of passengers (6.3 million). In addition to this exceptional nature, the management of the maritime stations is characterised by limited space, works, management and maintenance.

Furthermore, the large percentages of income from the nautical sector in the Balearic Islands makes it easier to make heavy investments while at the same time significantly subsidising regular transport, which is why the APB is applying the maximum allowed by law in terms of subsidies for regular transport and applying reduction coefficients that place the APB at the forefront of the State in this area.

All this adds up to more than 18 million euros that the APB is no longer collecting in fees, to which special bonuses will be added in 2022, as in the case of the port of Maó, where an additional 40% bonus will be given to vessels and, in addition, from 1 April to 30 June 2022, 80% of the final tax quota will be deducted from the vessel's fee, which means 2.2 million euros for lines with the mainland.

Commitment to the territory

All this revenue, according to Antich, “has a direct impact on the economy and employment in the region”. Indeed, according to a study carried out in 2017, which will soon be updated, shipping and shipping agents accounted for half of the turnover of maritime activities and employment. According to the same study, “maintenance and repair activities, nautical sports and nautical charters were the second largest source of activity and employment in ports, accounting for more than 30%”. Therefore, directly, indirectly and induced, port activity represents a contribution of 2,500 million euros to the Balearic economy and 17,000 jobs.

Furthermore, the Balearic ports are unique in that practically everything that is collected is reinvested in the ports of general interest and lighthouses that they manage, in short, in the territory. In 2021, these investments amounted to 27.9 million euros, almost the same as in 2020.

In 2021, 13.7 million tonnes were shipped in the five ports, 10.2% more than in the previous year. Looking at the first quarter of 2022, we can confirm a moderate post-pandemic recovery. In terms of passengers, the figures for 2019 have not yet been regained, but in 2021 this was already 37.1% more than the previous year and there was a general increase across all ports.

Business up, staff down

Antich pointed out a contradictory development in recent years. While in the last 15 years turnover has increased from 59.8 million euros to 84.8 million euros (a 42% increase), the number of employees has decreased by 12.5%. At the same time, these years have seen an increase in management complexity, more environmental requirements and more budgetary control, meaning that, in order to cope with the large volume of business, more training, better trained people and more organisation are needed. Thus, in the words of the president of the APB, “we find ourselves at a time of particular difficulty, and we urgently need a workforce and structure appropriate to the challenges we are facing”.

You can watch the press conference here 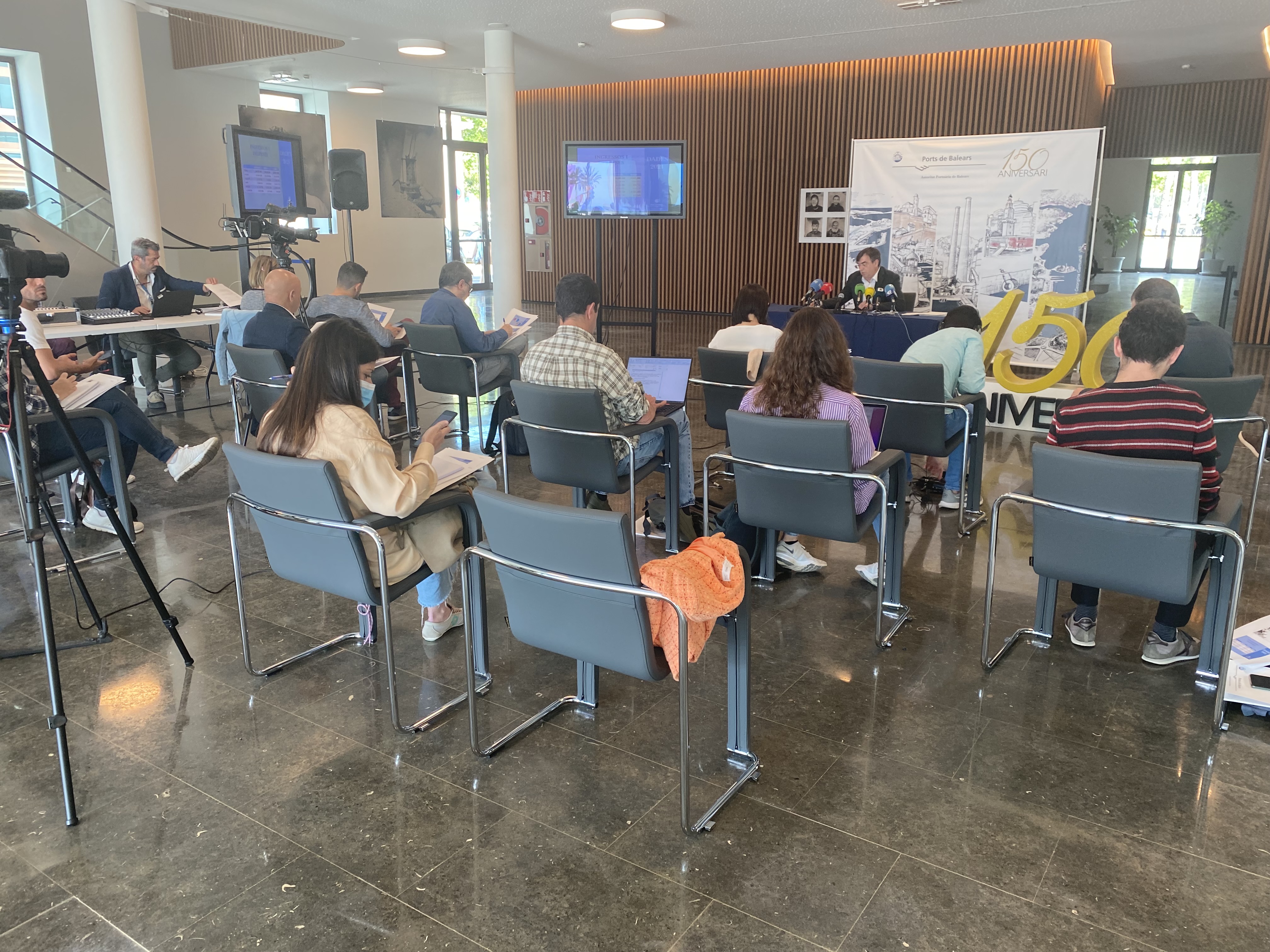