The President of the Government of the Balearic Islands, the Mayor of Palma and the APB visit the construction site to see the progress on Palma’s seafront promenade

Phase 0 of the project is currently underway, which covers 3.5 kilometres and 183,670 m2 will be remodelled
Palma, 09/01/2023
Port-cityTransport and infrastructureSocio-economic development

The President of the Government, Francina Armengol, and the Mayor of Palma, José Hila, today visited the remodelling work on Palma’s new promenade, accompanied by the President of the Balearic Islands Port Authority (APB), Jaume Colom, and the head of Planning and Infrastructures of the APB, Antoni Ginard. The latter explained to those present the phases into which the intervention will be divided and different mobility-related issues. Also present were the councillors for Infrastructures and Accessibility, Angélica Pastor, and for the City Model, Decent Housing and Sustainability, Neus Truyol, and the councillor for Culture and Social Welfare, Antoni Noguera.

Those present were able to see the four information panels that have been placed in the area, next to the Oceanographic Centre of the Balearic Islands, where a synopsis of the project is given, including aspects such as the space set aside for pedestrians, the incorporation of more trees and flowerbeds, the connections with the adjacent neighbourhoods, the children’s play areas and the widening of the pavements. The scope of the project is 3.5 kilometres and 183,670 m2 will be remodelled. The budget for completion of the project is around 38 million euros, excluding VAT, and the work is expected to last 20 months.

“It is a very exciting, very transforming project, which designs the new Palma that we are building. This space has always been a barrier between the city and the sea, a motorway, which will now become a green promenade where we can stroll along and enjoy our city. It is also the city’s seafront, one of the most important spaces, which will be transformed and will give Palma a more modern image”, explained Hila. The mayor affirmed that “the new seafront promenade is the future of the city, a space where pedestrians will be the protagonists”.

During the visit, the president of the Government, Francina Armengol, thanked the Palma City Council and the APB for their work. “In politics we are there to plan for a better future, and it is thanks to this collaboration between Palma City Council and the APB that we have been able to make this commitment to transforming the city a reality. It will also accompanied by another emblematic commitment, the Palma tram, which we will begin now in 2023”. Francina Armengol described the project as “magnificent”, not only from an aesthetic point of view and in terms of prioritising pedestrians and green spaces, but also from an economic perspective. “In this emblematic area of Palma there are all kinds of shops and businesses that will be greatly enhanced”, concluded the chief Executive.

The APB’s head of infrastructures, Antoni Ginard, explained the state of the work. The remodelling work consists of three phases, plus an initial preparation phase. During phase 0, which began on 18 November 2022 and is currently underway, the preparations necessary to start the work will be carried out, such as access to fords, removal of some kerbs, signage and placement of barriers, and the provisional relocation of bus stops and traffic lights.

The promenade project is defined as “a promenade for pedestrians”. Therefore, the pedestrian area will be increased from 29.5 to 39.7%, and the pavements in the area furthest from the sea, which are now between 2.5 and 5 metres wide, will then be 5 to 10 metres wide. This will guarantee that terraces, green areas, parking, bus stops, containers, etc. can all be used without encroaching on the pedestrian precinct.

In this context, the management of public transport also undergoes changes: lines and stops are maintained, improving space and waiting conditions with new bus shelters. The bicycle lane doubles its presence on the promenade (from 2 to 5%), with five new parking points and a length of 3.5 km.

The project, drawn up by the architects Elías Torres and José Antonio Martínez Lapeña, triples the number of trees and doubles the number of palm trees and the surface area of flowerbeds (from 9.7 to 20%). There will be 1,820 new trees, 512 palm trees, 69 transplanted specimens and 20 new species.

Accessible furniture, children’s play areas, containers and other services and infrastructures will also be integrated. Monuments, sculptures and sundials along the promenade have also been marked, preserved or relocated. One of the most outstanding works is the restructuring of the road junction in the area of Paraires, which will make room for the urban and landscape integration of the new Club de Mar, on which work is still underway.

Meanwhile, in the area of Sa Riera, pedestrian circulation will be prioritised at the junction with Avenida Argentina, with much wider pavements and a new system of accessible ramps. Therefore, in addition to solving one of the black spots on the Maritime Promenade, the continuity with the neighbouring square of Sant Elm will be improved. The same applies to the Plaza de Santo Domingo de la Calzada. The pedestrian area will be jointed together in this space by eliminating the service lane and building a children’s play area. The connection with the neighbourhood of Es Jonquet will also be improved.

In addition to all this, two plots of land will be set aside by Cort as temporary park-and-ride lots with a capacity of up to 950 vehicles, if necessary.

A first site has been set aside in calle Federico García Lorca with a capacity for some 130 parking spaces. The Palma Town Hall has carried out a series of improvements: the site has been cleared, lighting has been installed, railings have been fixed, the unevenness has been corrected, the land has been prepared and the spaces have been arranged.

In addition, a 30,000 square metre site next to CLH will be available. Work is already underway to open it up, including the installation of the water collection network, lighting and paving, among others. The existing trees will be maintained. It is expected to be operational in the first quarter of 2023.

This car park will be connected to line 1 of the EMT, which will increase its frequency, and which currently connects the area to the city centre.

At the same time, the APB will maintain the parking areas in the middle of the Promenade during the first quarter of the year, while the Ponent deterrent park-and-ride facility is being set up. The parking areas are actually located at Pl. Mediterráneo, Marina Puerto de Mallorca, Aigo Dolça and Auditórium.

Once the works on the new Promenade have been completed, four Bicipalma public bicycle dock stations will be installed.

As for traffic, four lanes (two in each direction) will be maintained along the entire route and practically throughout the entire construction period, as has been the case until now. In addition, specific work is currently being carried out on the existing pavement on the sea side to convert it into a roadway.

Information to residents, businesses, hotels, marinas and other stakeholders

The APB has launched an information management plan to keep users, neighbours, businessmen and society in general informed about the development of the works and future actions that may affect them through the web portal noupasseigmaritimdepalma.portsdebalears.com. Information on the project, as well as notices of public interest as the works progress, will be published on the digital platform. 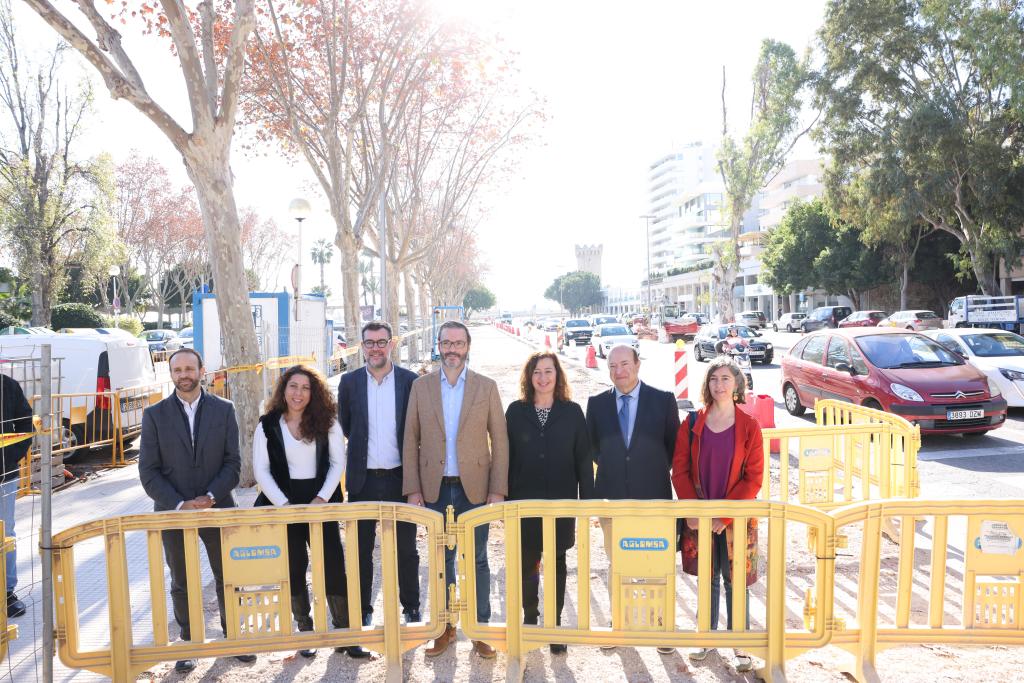 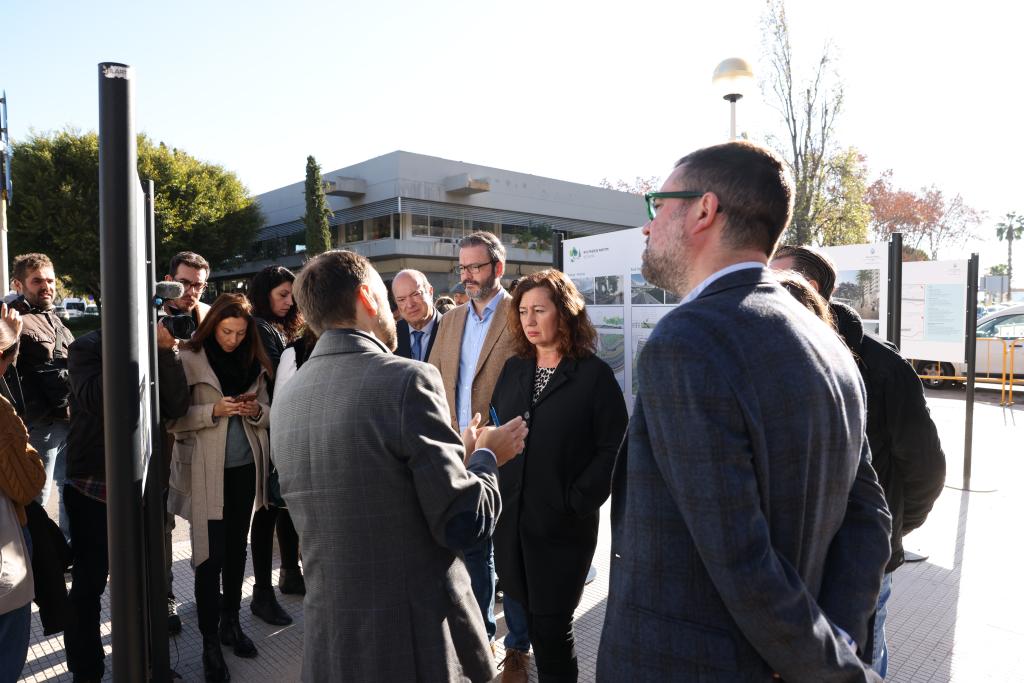 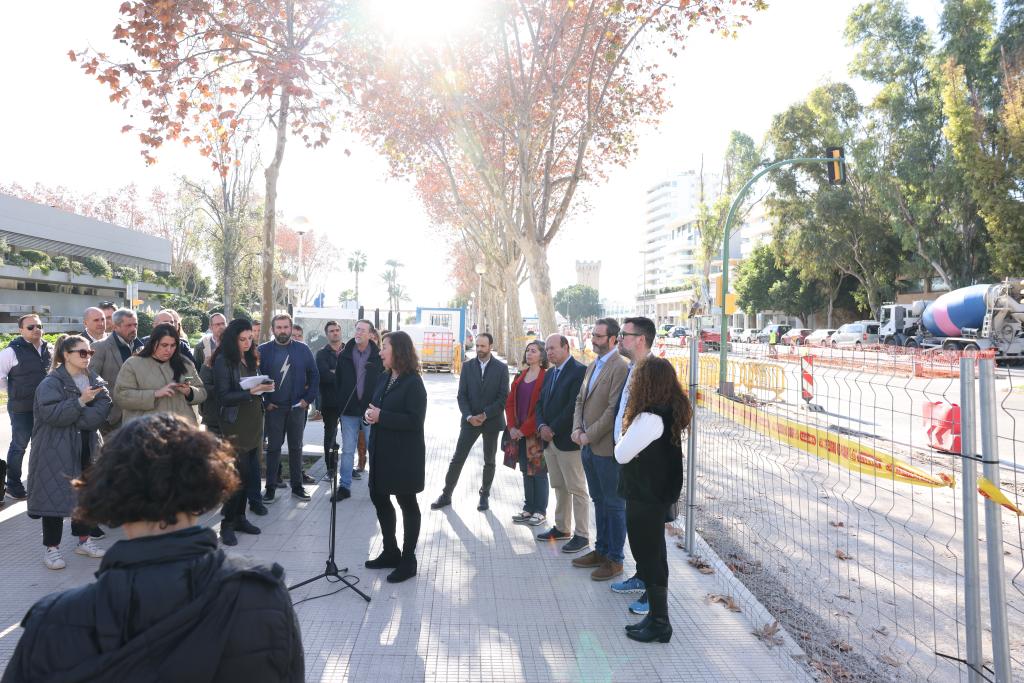 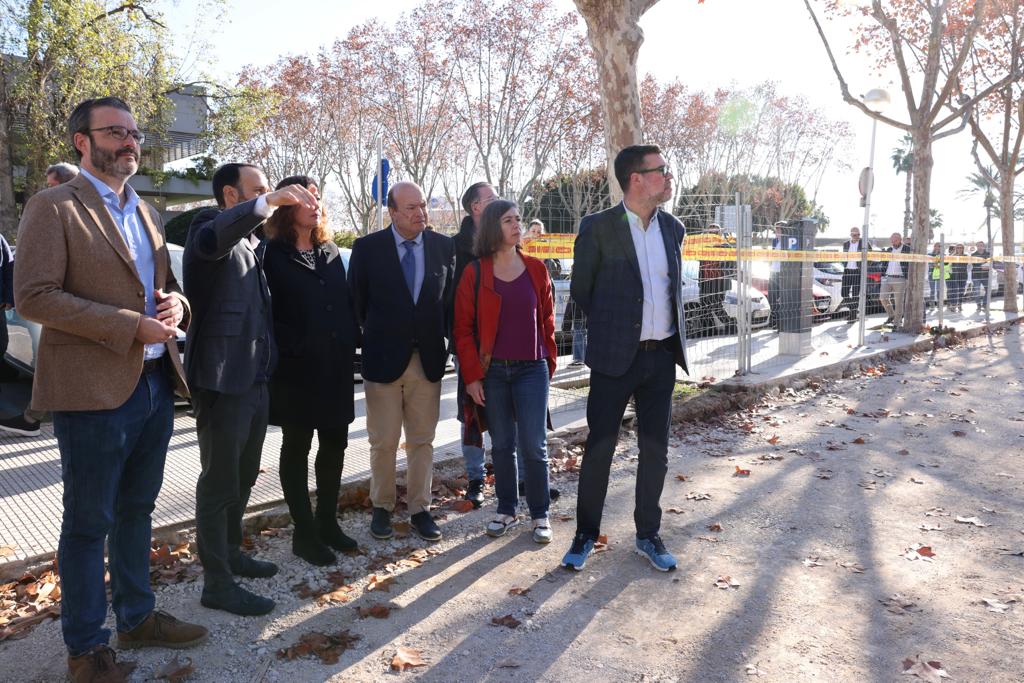 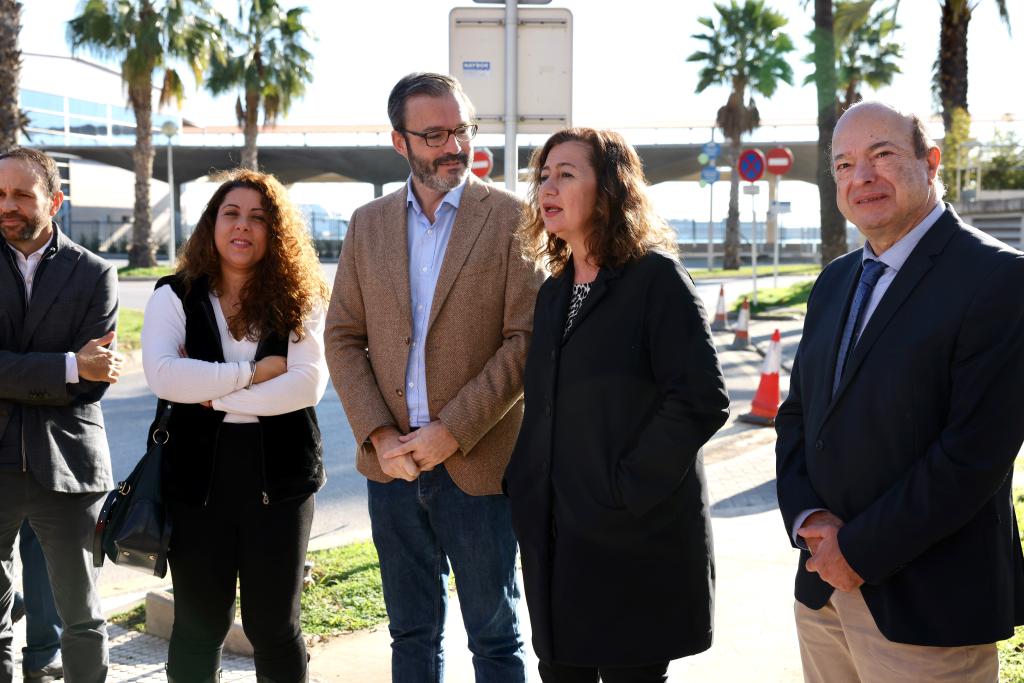 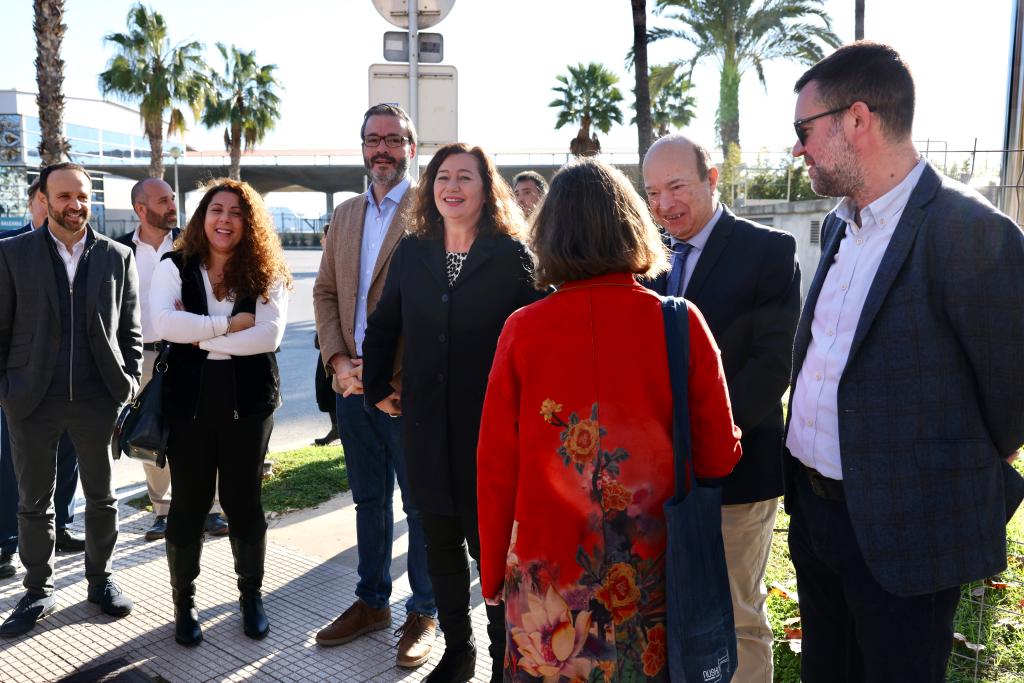