The aim of the exercise is the simultaneous activation of the aforementioned plans and to review the port risks and emergency actions and procedures.
Palma, 09/12/2021
Technologie und InnovationUmwelt und Verantwortung der Unternehmen

Yesterday, the Port Authority of the Balearic Islands (APB)  organised a drill to detect an explosive device placed next to a diesel transport vehicle at the commercial docks of the port of Palma. During the exercise, the Port of Palma Protection Plan (PPP), the Interior Emergency Plan (PEI) and the Interior Maritime Plan (PIM) were activated.

The aim of the exercise is the simultaneous activation of the aforementioned plans, to train the Palma fire-fighters in fire intervention on pleasure craft, and to review the port risks and emergency actions and procedures.

Following a fictitious bomb warning call to a shipping company, the Civil Guard's sniffer dog service and TEDAX were activated and two explosive devices were detected attached to a 30 tonne diesel tanker at the commercial docks of the port of Palma. One of them exploded without casualties, causing a spill on the ground, into the sea and a fire.

The Palma fire brigade then intervened, controlling the fire and the spillage on the ground and covering the area with low expansion foam.

As soon as the area was considered secure, the APB emergency support teams intervened, made up of personnel from the Port of Palma's Conservation and Pilots Corporation, who, under real circumstances, would be in charge of laying the anti-pollution barrier at the end of the commercial docks.

Once the exercise was over, the debreafing was carried out with all the participants in order to establish the conclusions and the report on improvements. 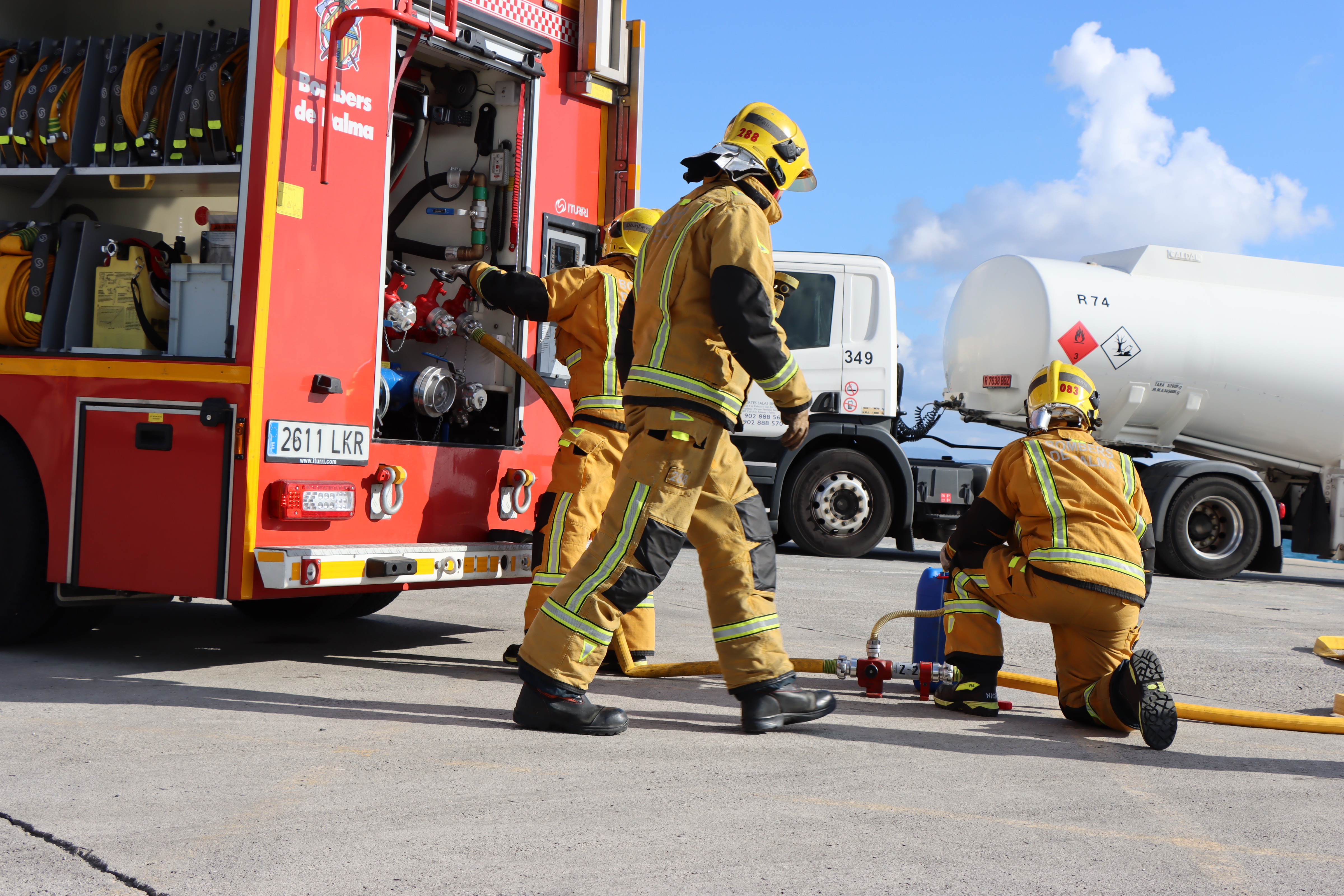 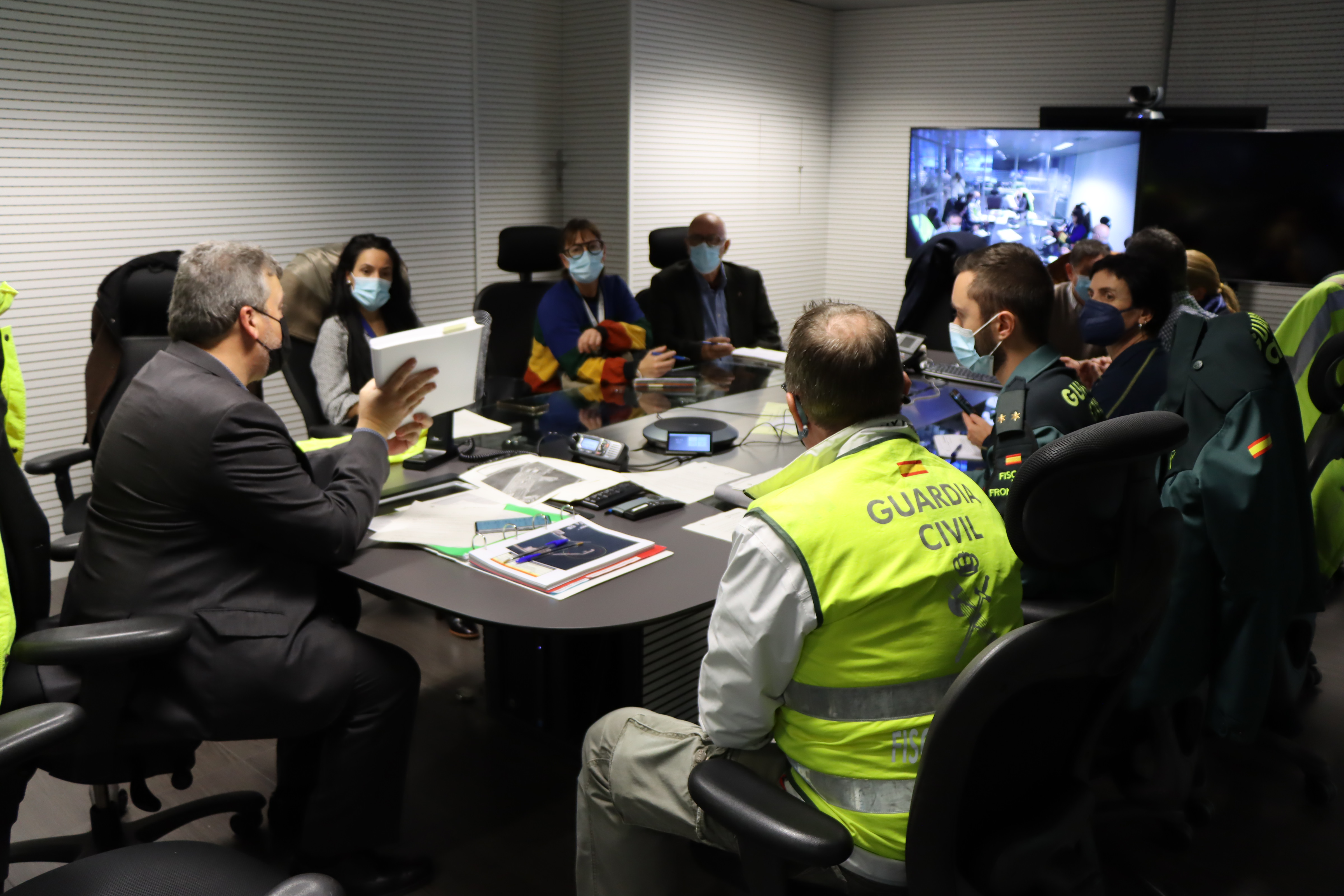 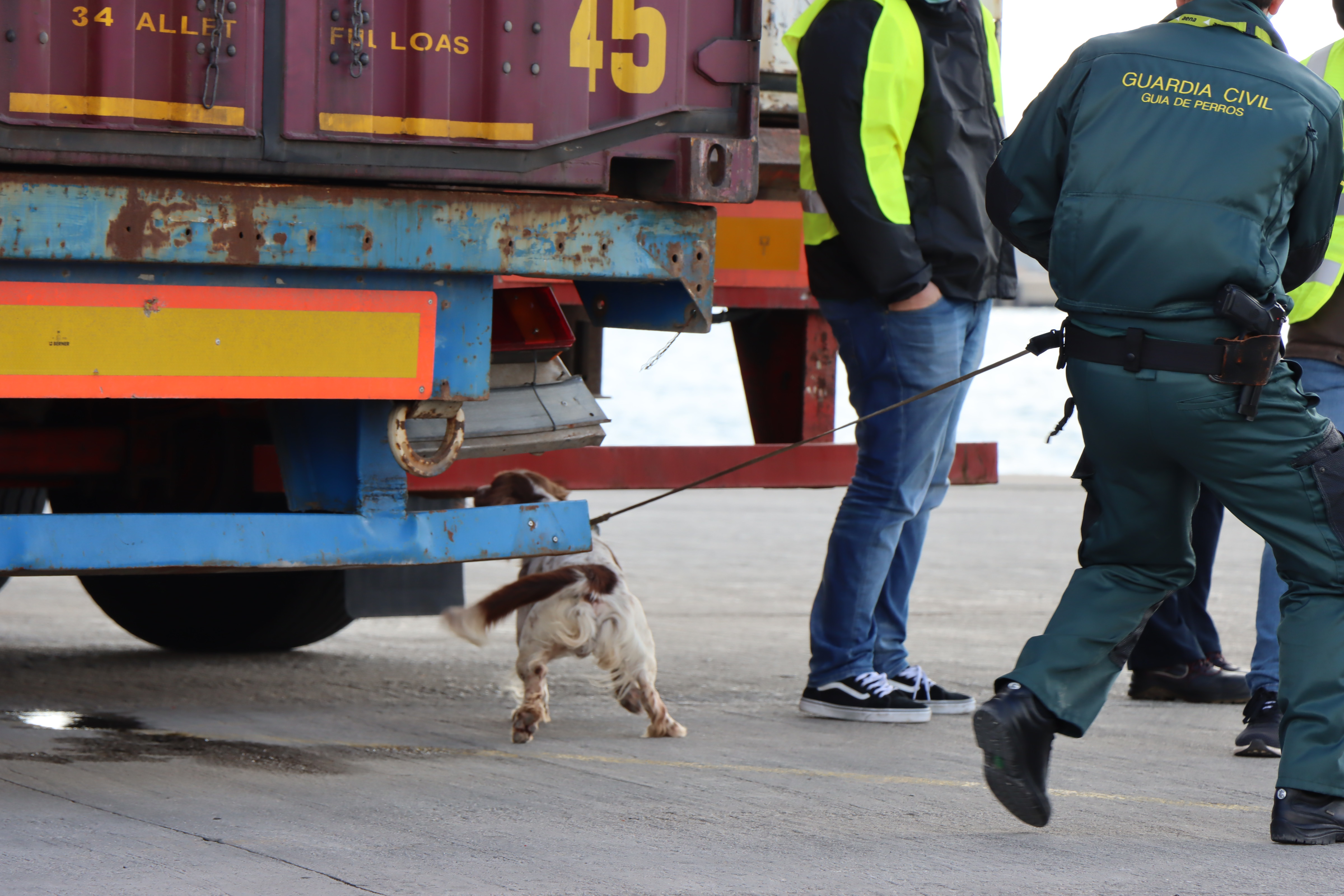 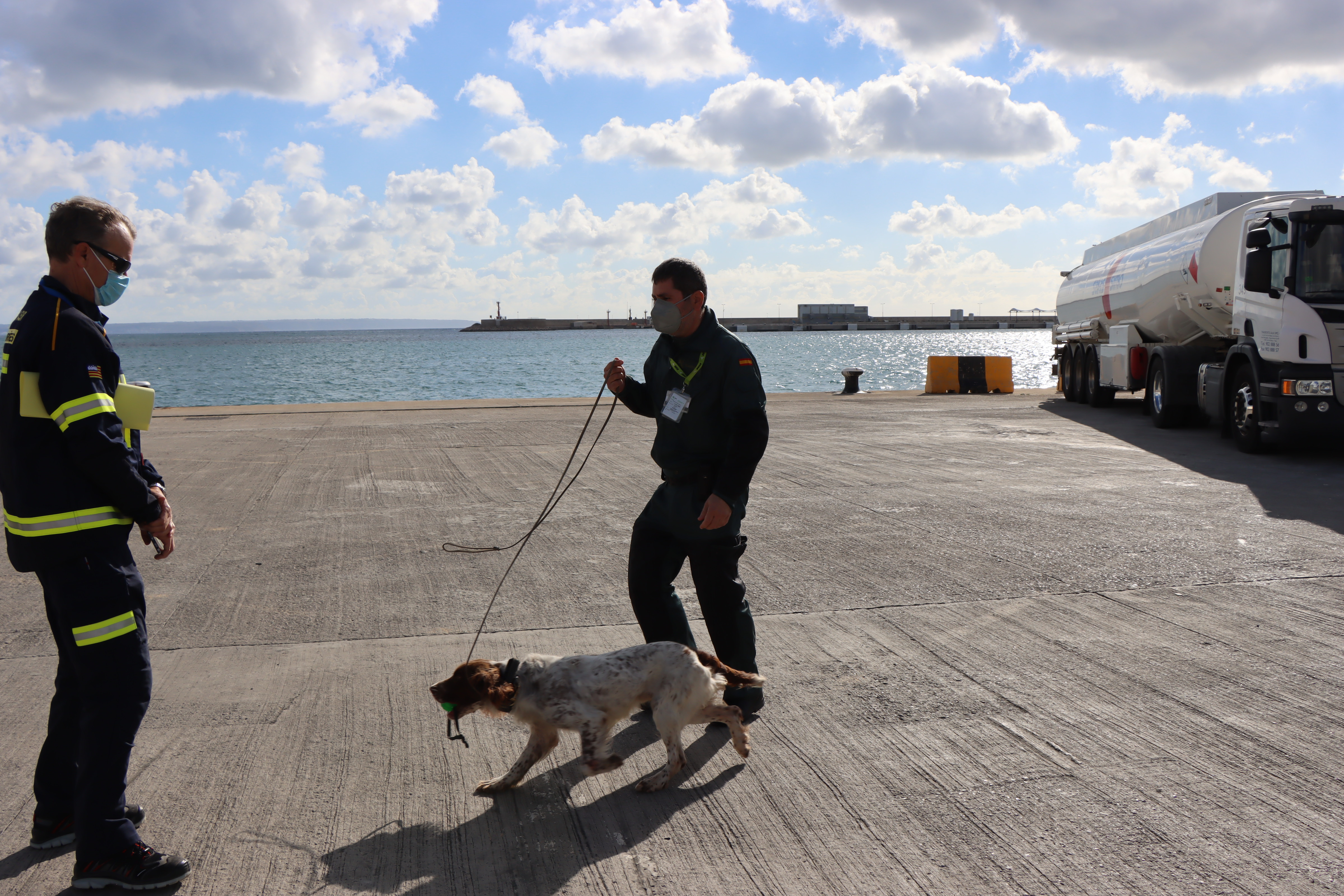 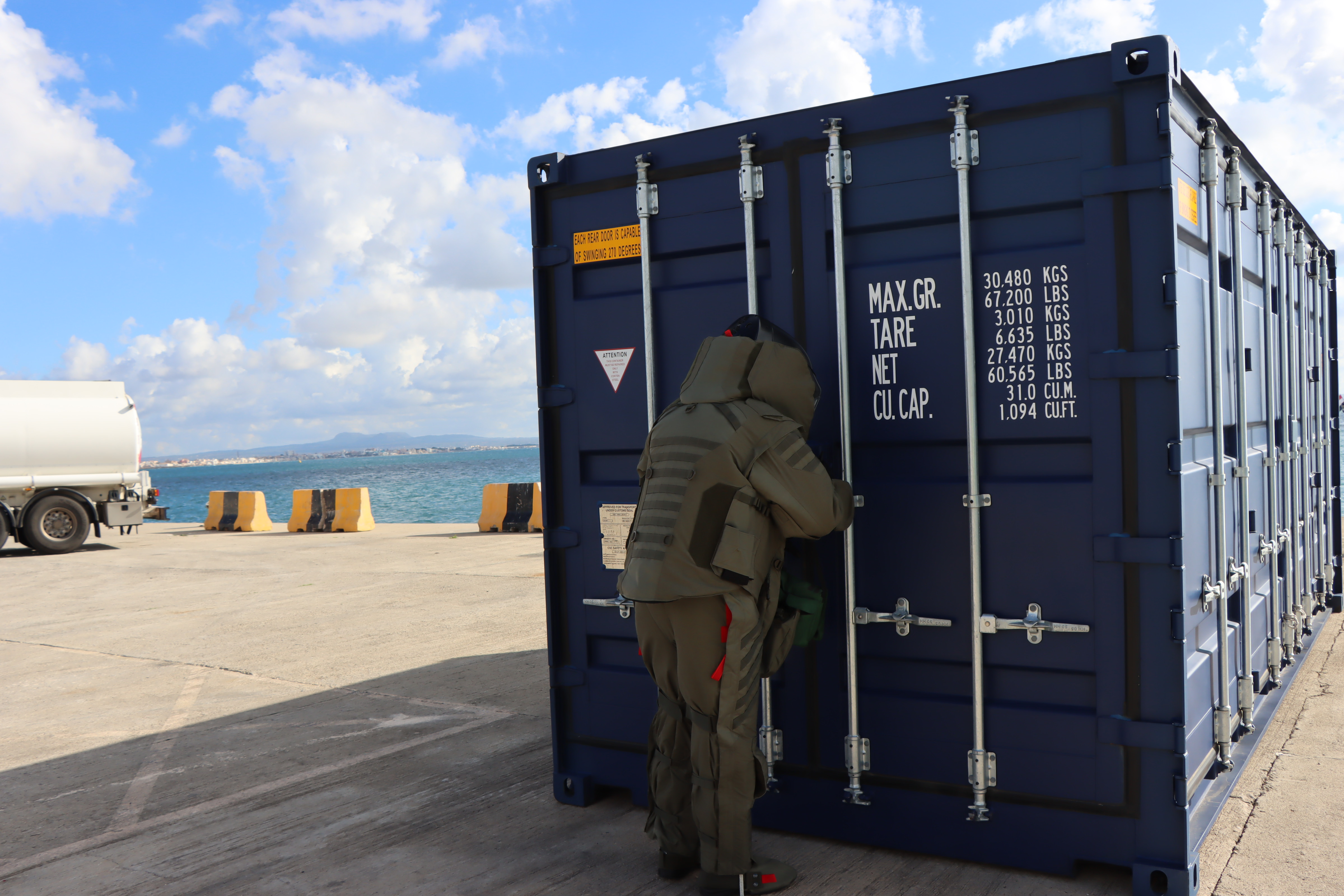 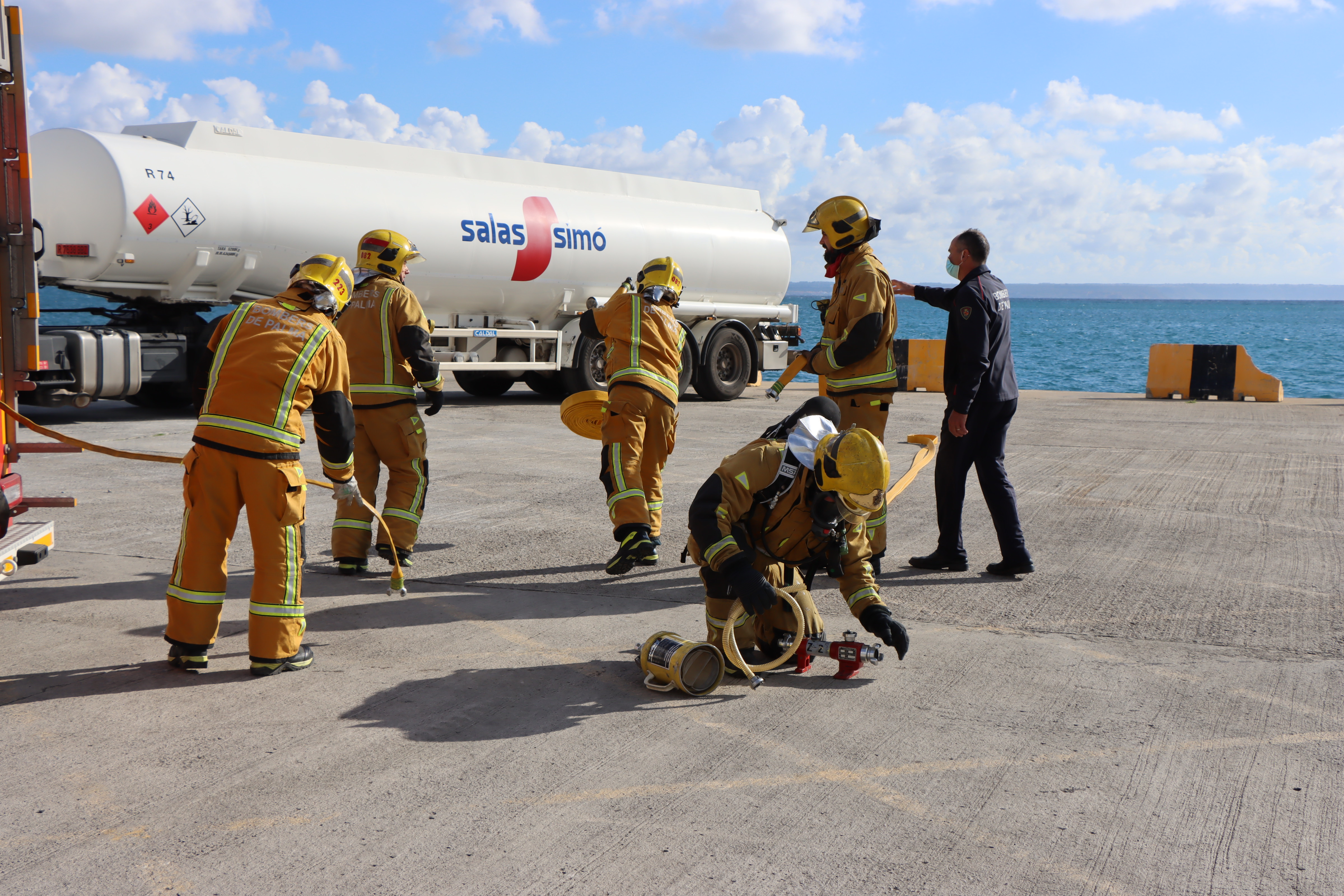 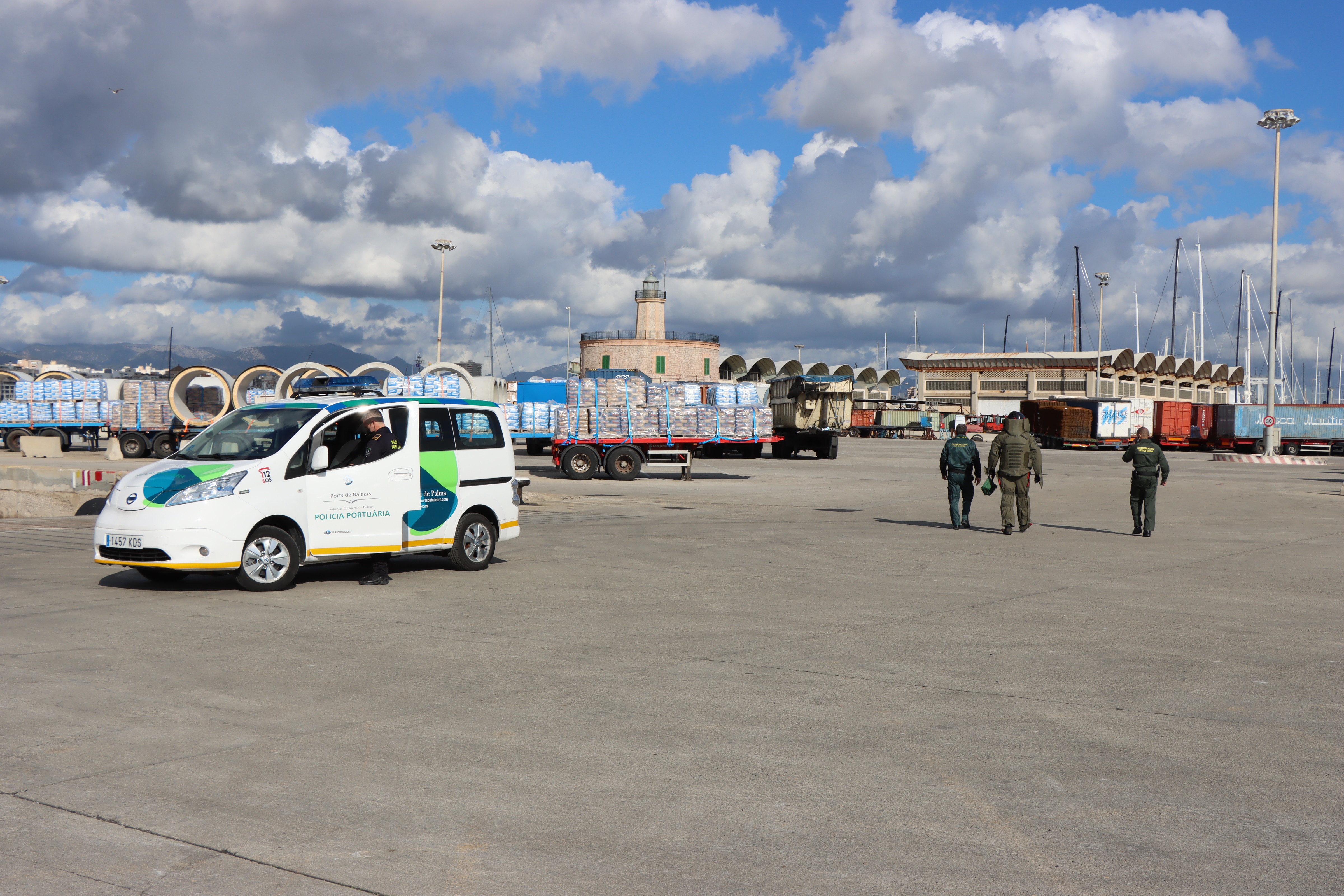 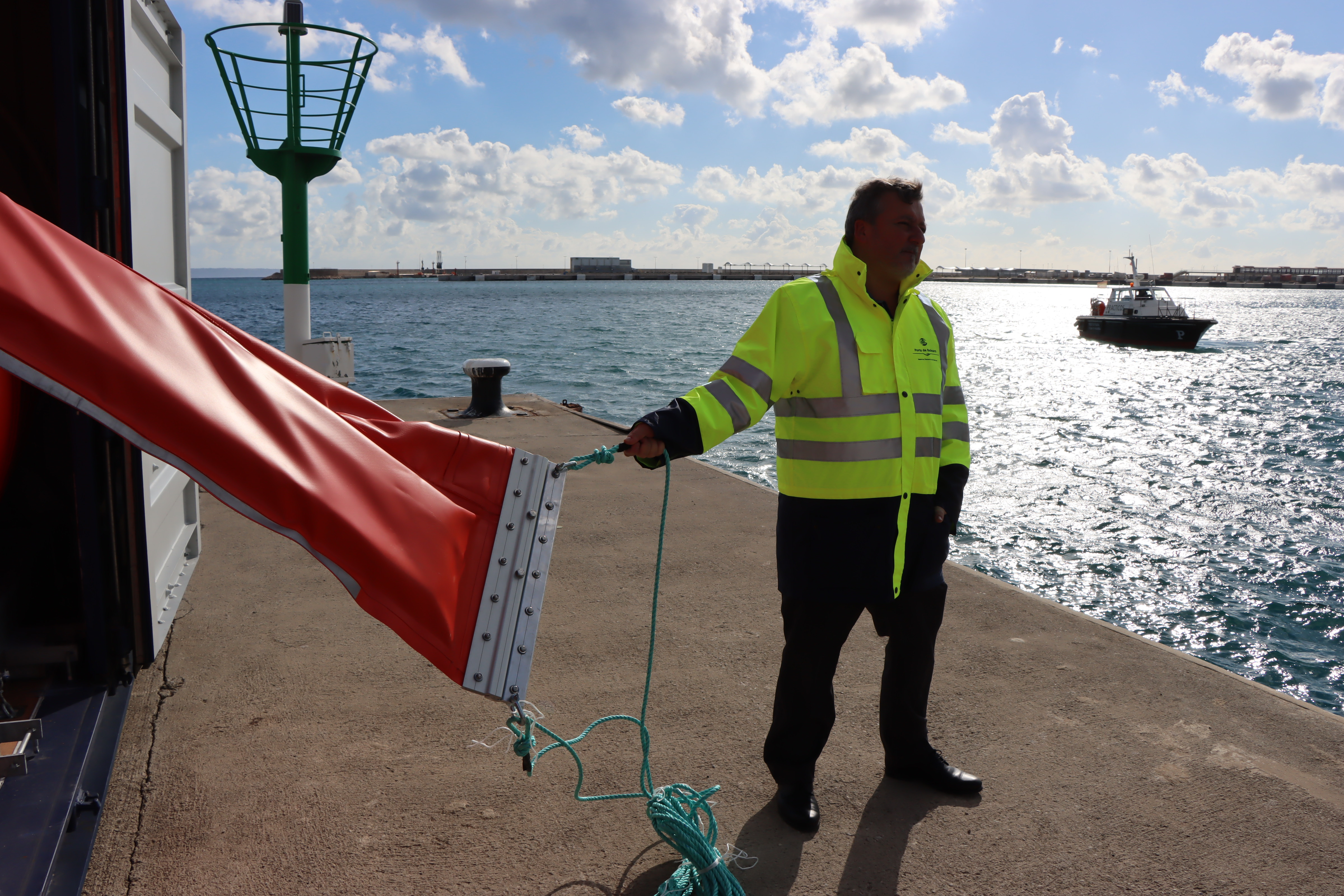 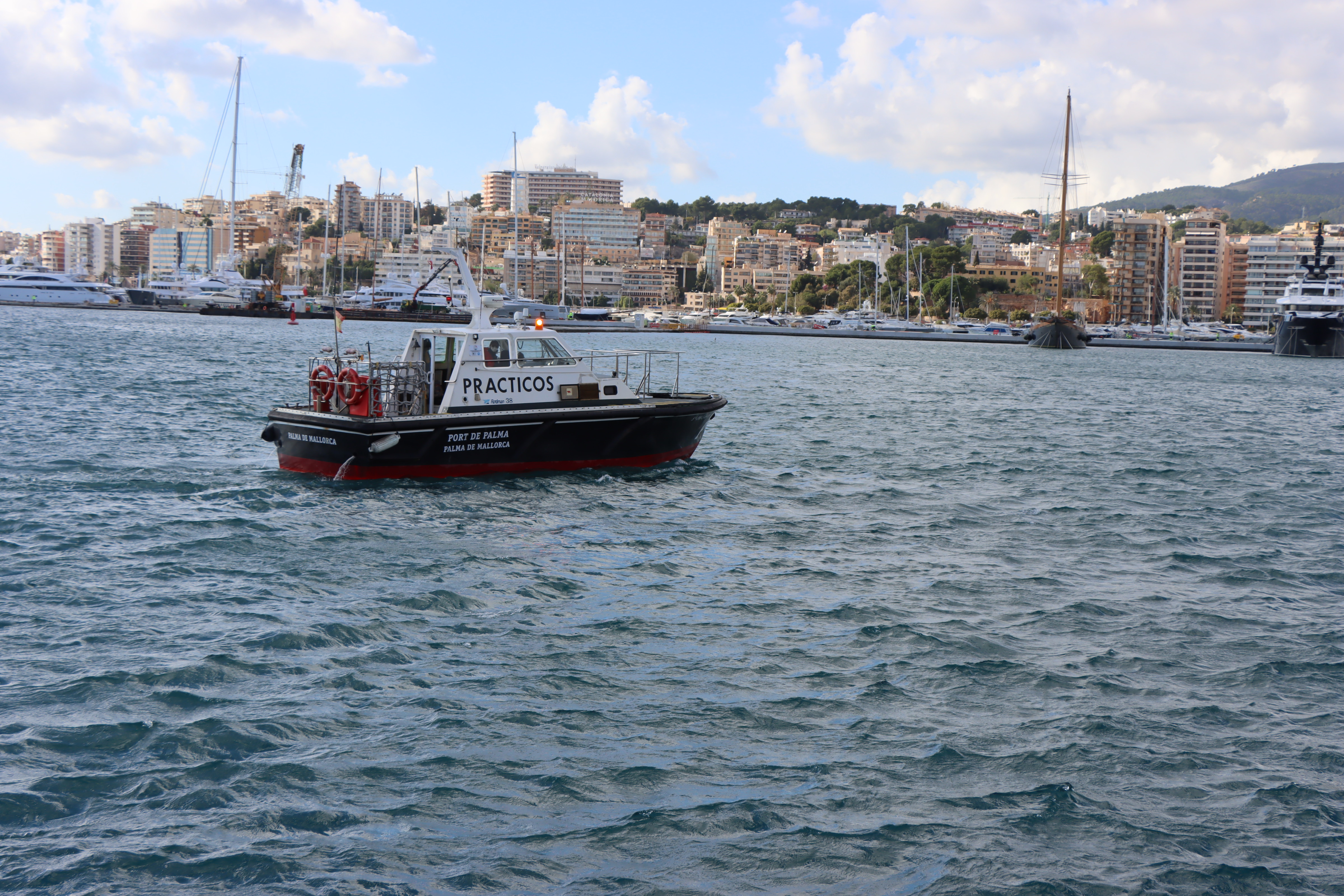 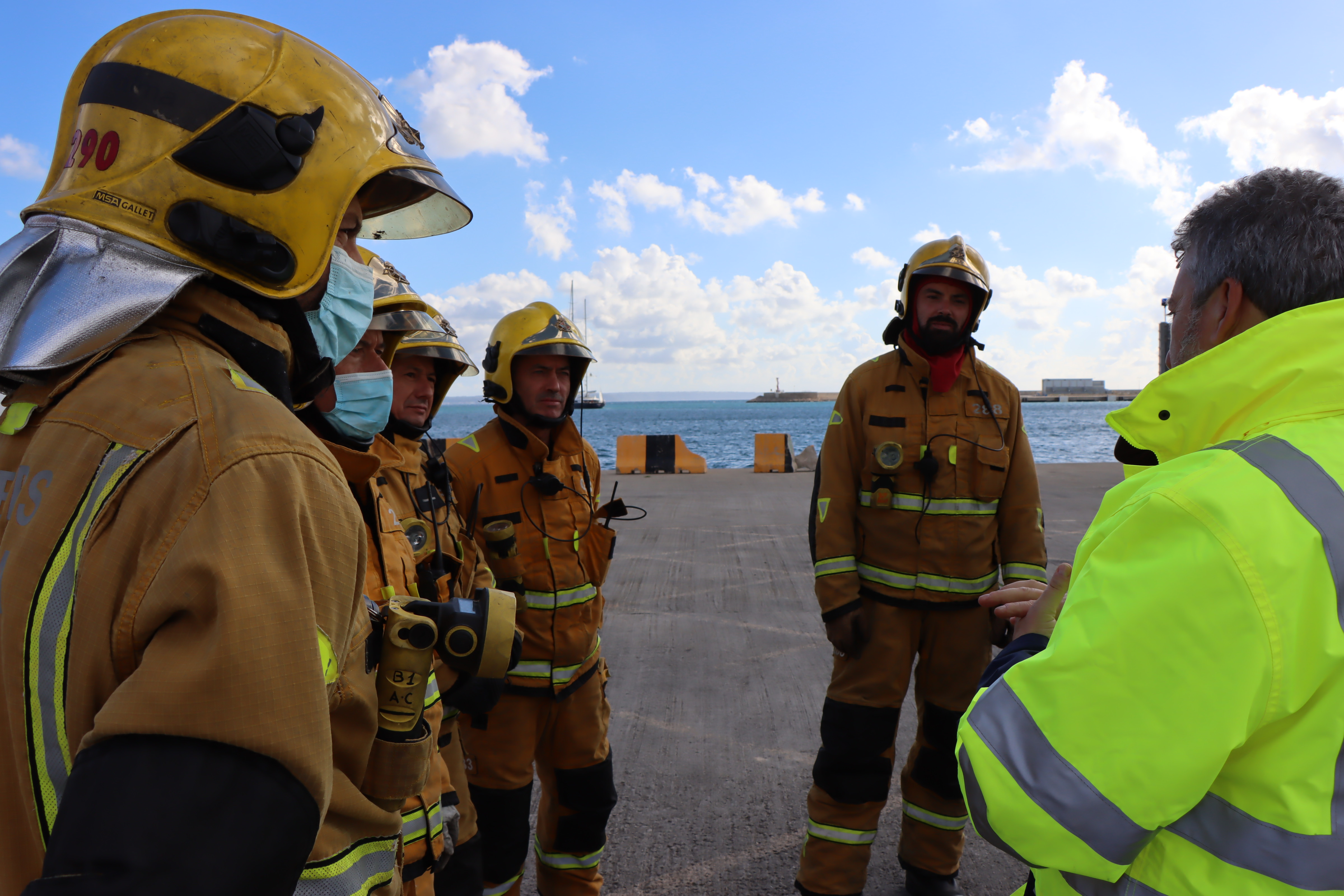 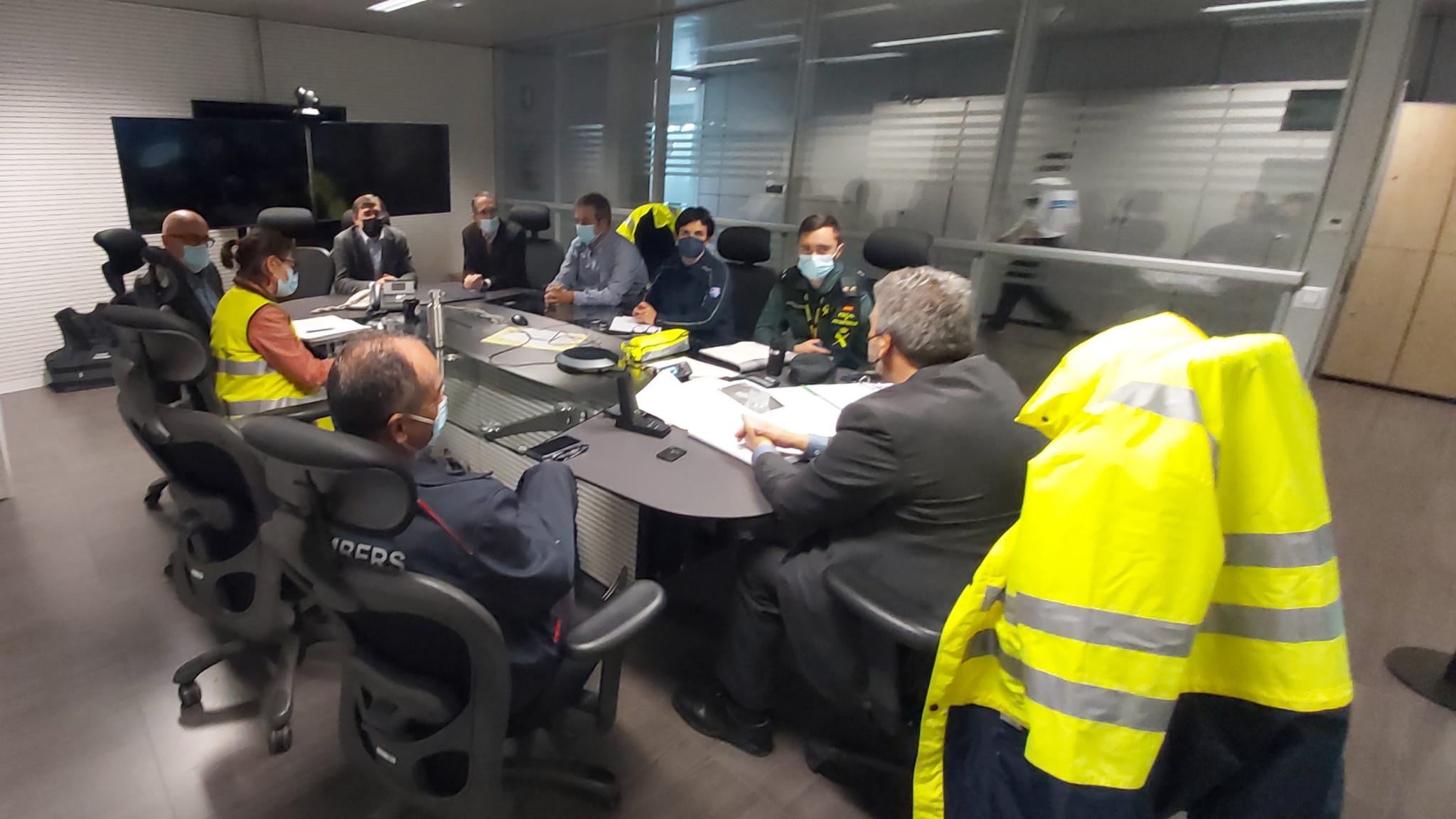